Home » Never Before Information – The Origin and Lifecycle of Butt Surgeries

Never Before Information – The Origin and Lifecycle of Butt Surgeries

Never Before Information – The Origin and Lifecycle of Butt Surgeries

Buttock augmentation, or Brazilian Butt Lift is a surgical procedure that changes the buttocks’ size, shape, and contour. This can be accomplished with silicone implants or fat transfer. Before performing BBL surgery, liposuction removes unwanted fat from one area of the body (stomach, flanks, and/or thighs). The fat is processed and then reinjected into the buttocks to improve contour.

In this blog, I am presenting a very interesting account of the history and evolution of the Brazilian Butt Lift.

The Rise in Demand

Buttock body contouring has increased dramatically from 1997 to the present. Gluteal augmentation, as known in surgical terms, has increased by 10% in the last few years, but statistics have only recently been collected. Over the same time period, buttock lifts have increased by 142%, while body lifts have increased 459%. Liposuction, autologous fat transfer, autologous flaps, excisional procedures, and alloplastic implants have all been refined, contributing to an increase in the number of successful treatments. Liposuction, as well as its offspring ultrasonic-assisted and superficial liposuction, have had an impact.

The codification of gluteal aesthetic standards has added the finesse required to achieve the necessary balance of form and function.

Brazilian butt lifts enable patients to achieve the traditional hourglass shape and body contouring that was previously only possible with restrictive undergarments and corsetry. Imagine the hourglass corsets, bustles, and cage crinolines worn by Victorian women in the 18th and 19th centuries to achieve their elongated figures. True, a corset cannot enlarge a buttock, but it can give the impression by narrowing the waist and enhancing the dimensional contrast.

However, this brought together an increase in aspirations to have an hourglass figure. This is where BBL came into the picture. Keep reading! 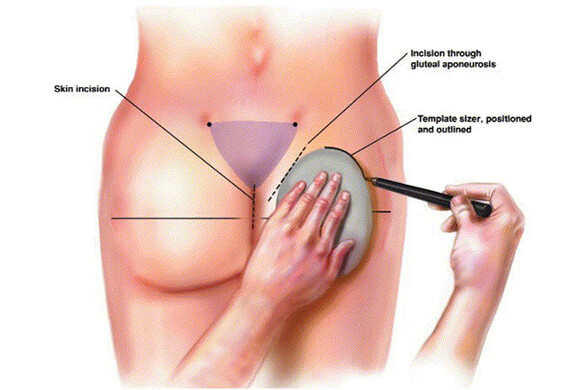 In actuality, buttock augmentation has been around since the 1960s. Ivo Pitanguy (1926-2016), a Brazilian plastic surgeon, is widely credited with inventing the Brazilian butt lift, though the technique was built on decades of advancements in its field. Pitanguy was first known for his charitable work and the artful touch and keen discretion he used when operating on the world’s rich, famous, and even royals. He also helped to advance the surgical procedures of facelifts, breast augmentations, and tummy tucks. A true trailblazer.

Pitanguy published a paper on early buttock lift surgery in 1964, which involved removing excess skin and tissue to correct sagging. This method tightened and toned but did not improve volume or projection.

Bartels and colleagues described the first surgical attempts to contour the buttock region in the medical literature in 1969. To correct a deformity, a mammary implant was placed unilaterally in the subcutaneous plane of the gluteal region. This was closely followed by bilateral placement for aesthetic platypygia correction. Problems with implant migration, capsular contracture, and migration quickly led to a submuscular plane placement between the gluteus maximus and gluteus medius muscles. Because of the small submuscular space and anatomic constraints, significant augmentation with a round implant was not possible. Because of the inherent limitations of this procedure, more anatomic intramuscular and subfascial planes for gluteal contouring with both silicone gel and silicone elastomer implants have been developed.

In 1973, Cocke and Ricketson documented the first purely cosmetic butt augmentation. This resulted in the commercialisation of a butt-specific implant. Over the next decade, gluteal implants improved as style and size options expanded with innovative new surgeries and fabrications.

Liposuction gained traction as a viable technique in body contouring throughout the 1980s, even though the field was still young and relatively niche for anyone who could afford it. Medical professionals experimented with processing and reinjecting liposuction fat. After New York City plastic surgeon Sydney Coleman published a series of papers outlining standardised practices for the complex procedure in the 1990s, the method gained popularity.

Artistic endeavours have documented our preoccupation with the human form as a representation of femininity and fecundity throughout history. Analytical thinking, mathematical interpretation, and recreation of the human form have all remained popular hobbies. Recent evolutionary biology research has found a strong link between the hourglass figure and female reproductive potential and general physical and psychological health. This relationship is best summed up by an ideal waist-to-hip ratio of 0.7, which transcends cultures, is temporally stable, and crosses generations. The callipygian form best represents this history, perfectly justifying the need for buttock augmentation or Brazilian Butt Lift.

The interesting fact is that BBL has a relatively short history when compared to the fields of plastic surgery or art history. Pressure sores and traumatic deformities in this area have been treated for some time. Still, as the demand for body improvement has increased, buttock contour improvement has become an acceptable and frequent request. Patients’ desire to look their best and the increased safety of liposuction and other body contouring techniques have significantly increased awareness of buttock contour problems. Recent demographic changes observed in various nations, including India, combined with changing societal fashion preferences, codification of aesthetic norms, and procedural advancements, have increased patient and surgeons’ interest in buttock augmentation.

Adding to it, liposuction has recently emerged as the most popular body contouring technique. Liposuction was used to reduce fat accumulation throughout the body. It was successfully applied to the flanks, back, and surrounding aesthetic units of the gluteal region. Because of the success of these interventions in improving buttock contouring, it was quickly adopted as the primary method of contouring this region. The popularity of liposuction and the increasing success of autologous fat transfer techniques led to the adoption of aesthetic gluteal contouring with fat injections. Fat grafting has grown in popularity in the buttock region, with specific methods and names such as “Brazilian butt lift” and others designed to improve the shape of the buttocks using fat grafting techniques.

Why do more and more people want it?

The Brazilian butt lift’s allure extends beyond its ability to produce an apple bottom. BBL surgery not only increases the size of your butt but also reduces the size of your stomach, flanks, and/or thighs. “There are two types of patients: those who have a little extra weight and want liposuction with the added benefit of putting the fat into the buttocks and hips, and those who are very skinny and have no buttocks.” The latter are not always candidates for this procedure.

The ASPS and several other plastic surgery societies formed the Task Force for Safety in Gluteal Fat Grafting in August 2018 to conduct research and develop more stringent safety guidelines.

Nonetheless, board-certified plastic surgeons continue to perform Brazilian butt lifts for satisfied patients worldwide. Safety concerns have given way to more specific guidelines for performing highly specialised surgery. Small amounts of fat should be injected in the superficial “upper layers of the buttocks, away from the larger blood vessels and muscles below.” It is critical to ensure the safety of patients. A BBL can be life-changing when performed by a board-certified and properly trained plastic surgeon, but it should always be approached with caution, as with any major operation.

The Forms and Variations

The function of the buttock musculature in posture stability and gait is an important consideration in reconstructive procedures, and it frequently influences the procedure chosen for correction. Its influence on aesthetic procedures is less clinically significant.

Buttock contouring has seen a dramatic increase following massive weight loss associated with bariatric surgical treatments for obesity. Skeletal and weight loss-related gluteal deformities are frequently severe, which has increased interest in these procedures. Because of these severe deformities, various autologous tissue flaps and excisional body contouring procedures have recently been developed to treat this patient population.

With such an interesting history and rising demand for the procedure, I can confidently say that Buttock Augmentation, or Brazilian Butt Lift, as we adoringly call it, is here to stay for ages to come! As a butt lift surgeon in Delhi, I will continue to render that much-coveted hourglass shape to many aspirants while inducing body confidence, happiness, and fulfilment. 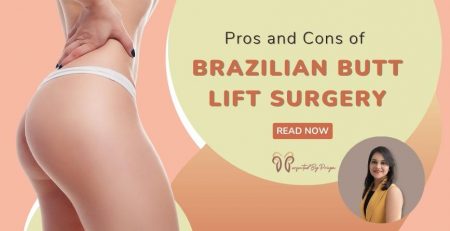 It is a reality that not all toning workouts will result... read more 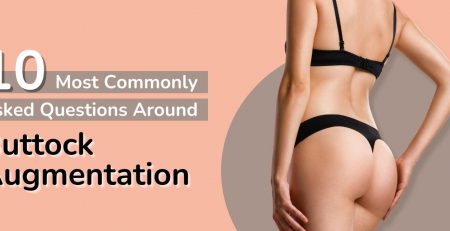 Our perspectives on body variation have evolved. Curvier forms are being... read more 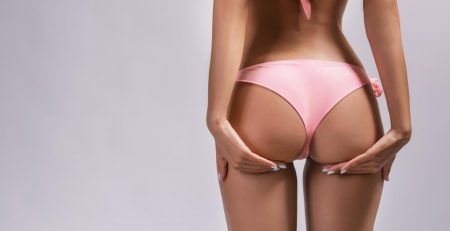 What are the Benefits of Brazilian Butt Lift? What is the Recovery Period?

All of you may not have a voluptuous body contour.  It... read more 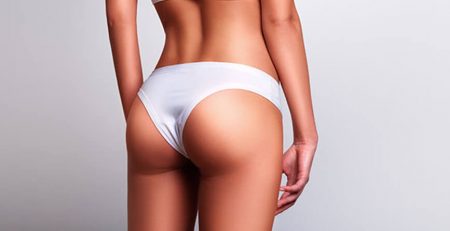 Worried About The Disproportionate Butt Shape? Brazilian Butt Lift Is The Solution!

Dreaming a body attire with an even ratio? Brazilian Butt... read more 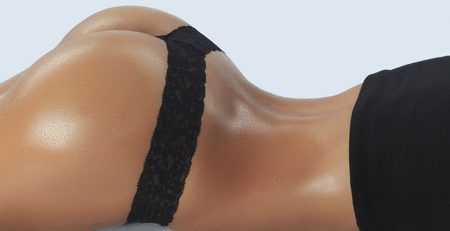 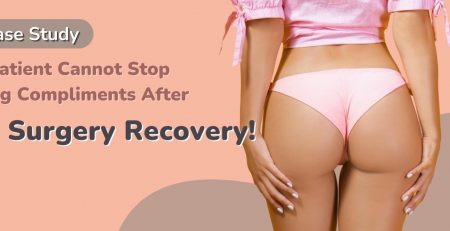 This Patient Cannot Stop Getting Compliments After BBL Surgery Recovery!

Evolution of Liposuction in Various Forms and Techniques

Different Uses of Liposuction for Men and Women

How Liposuction Can Help Sculpt Your Body

The Importance of Choosing a Board-Certified Plastic Surgeon

Find Out the Truths About Otoplasty – The Ear Reconstruction Surgery

What are the Different Types of Nose Surgeries?

We are India’s leading plastic surgery centre in Delhi. With state-of-the-art infrastructure and cutting-edge 3D simulation technology for surgeries, we provide high-end services to give patients an aesthetic and symmetric body appearance.

When the sunrise gives you a grateful smile, light

As they say, close what you opened, so you meet th

Many women🧍🏻‍♀️ seek clarity on this v

What if I told you your body could change❓ Yes,

Let's vow to our homeland on this momentous occasi

I recommend my patients to wait at least 6 months

Have questions or want to get started?
We are ready to help you with a smile!